Iran may now be the site of the world’s worst coronavirus outbreak. Official figures from the Iranian government suggest that the country is no worse than France in terms of the number of confirmed cases, and still well-behind China in terms of the number of deaths. But Iran’s totals are the product of a long-standing cover-up, which has seen dozens of Iranians arrested for exposing the truth and has slowed the international response to a worsening humanitarian crisis.

As more Iranians die on a daily basis, the regime has taken Iranian people hostage in pursuit of its policies, specifically an end or suspension to sanctions, rather than taking any action to help the people.

According to our resources in Iran Thursday, April 2, 2020, that the death toll for Coronavirus in 237 cities across Iran has risen to 15.500

The information on the death toll province-by-province and city-by-city are obtained from hospitals, medical centers, physicians, morgues, mortuaries, and from internal reports of Iranian authorities. The findings are also corroborated by reports in Western media that quote Iranian medical professionals as saying that dozens of patients are dying in individual hospitals each day.

Additionally, satellite images and eyewitness testimony have revealed the excavation of massive trenches in at least two Iranian cemeteries, which can apparently accommodate tens of thousands of individual graves.

And far beyond simply concealing the severity of the outbreak, the Iranian regime is actually taking steps to prevent Iranians from getting the relief they desperately need.

The regime’s attitude toward the prominent NGO, Doctors Without Borders (MSF) in the past few days is very telling in this regard. MSF dispatched a field hospital to Isfahan, one of the worst-hit cities in Iran. Despite claiming that the situation is dire and sanctions are preventing the regime from addressing the immediate needs of the Iranian people, officials expelled the MSF from Iran.

Last week, the regime’s Supreme Leader Ali Khamenei rejected an offer of aid from the United States. He later attempted to justify this move by openly speculating that the pandemic originated as “an American bioweapon and that it had even been specifically designed to do the most harm to Iranians”.

In recent days, there were several rebellions in prisons across Iran against the regime’s refusal to release prisoners amid the Coronavirus outbreak. A large number of prisoners managed to escape after clashes with the IRGC forces and prison guards.

The regime’s Prosecutor General Mohammad Jafar Montazeri warned that releasing Coronavirus-related statistics and information except government channels is “a criminal act punishable by law” with “severe consequences”. Arrests have continued in various cities on charges of spreading rumors about the casualties.

The IRGC has ordered all provincial IRGC divisions and headquarters to be present at hospitals, medical and health centers to control reporting on the number of patients infected or dead due to the virus.

Corruption is institutionalized in Iran. It has become so rampant that even the regime’s leaders describe it as a seven-headed dragon.

On July 15, 2019, Health Minister Saied Namaki said: “1,3 billion dollars for the purchase of medical equipment has gone out and no one knows who exactly has taken them and what has been brought in and to whom they were handed over.”

The Governor of Central Bank on December 19, 2019, said: “We have provided 22 billion dollars’ worth of foreign currency for the imports, out of which 11 billion dollars has not returned to the country. What has happened to the rest of the money?”

A regime newspaper wrote on December 18 that according to information from 15 Iranian banks, it became evident that financial assets and funds provided to 456 real and legal entities was about 86.5 billion dollars, which is equivalent to the whole budget of the Iranian year 1399 (that started on March 20).

Due to hoarding and mismanagement, hospitals lack basic supplies and required equipment and facilities to counter this catastrophe. Medical facilities are exclusively controlled by the IRGC. Ordinary patients are deprived of basic needs, such as masks and disinfectant liquids; the IRGC sells them on the black market at 10 times the actual price.

Regarding the availability of funds, according to the regime’s senior officials, there are five institutions that control 60 percent of the national wealth. This includes Headquarters to Execute Imam’s Order (Setad Ejraie Farman Imam), IRGC’s Khatam al-Anbiya Garrison, Astan-e Quds Razavi, the Martyrs Foundation and the Mostaz’afan Foundation.

The situation in Behesht-e Zahra cemetery in Tehran is dire as well. A contract to dig 10,000 extra graves in the cemetery has recently been signed.

A large number of coronavirus victims have been buried ostensibly under other causes.

Another indicator of the scale of the catastrophe is the death of more than 100 regime officials, including more than two dozen senior clerics such as Khamenei’s representatives, and advisers, at least 10 senior IRGC commanders including Brig. Gen. Hossein Assadollahi, the former commander of the IRGC’s 27th Division in charge of controlling Tehran, as well as parliament deputies and senior local officials. 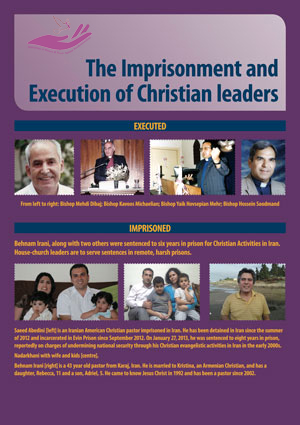